Here are some books.

Most have a universal link which means you can choose your preferred retailer.

See the Short Stories page for links to magazines and websites (some free) with my stories.

The Union Man and Other Stories

The short story collections below feature, with few exceptions, stories that some magazine editor bought and paid for so they are not subject to the Dunning-Kruger effect. They might even be good! 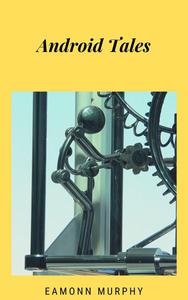 Android Tales contains three humorous stories about androids or robots. In ‘The Robot Strikes’, Cahill Connelly has the robots down tools at the shipyard where he works. In ‘Clanky’ an old robot may be all that can save him from being kidnapped by a rival company. In ‘Android Pay’ his sophisticated house robot decides that it deserves wages and takes him to court! 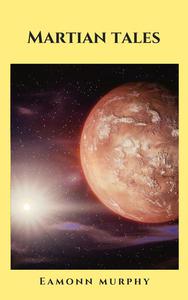 Martian Tales contains three short stories about Mars colonists. In ‘The Spirit of Mars’, based on a shared world setting created by J. Alan Erwine, a teenage genius causes uproar at Mars Station Beta. ‘The Little Martian’ comes to Earth to give medical advice to a tyrant. ‘Such People’ is flash fiction about training the next generation of workers. All these stories were originally published by Nomadic Delirium Press. 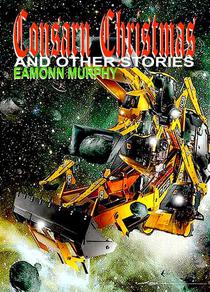 Consarn Christmas and Other Stories

Consarn Christmas and Other Stories contains eleven science-fiction stories, now revised and polished for this new edition. All were accepted for magazine publication and approved by an editor. They feature time travel, robots, a Dystopian future and an alien invasion. This is 45,000 words of old-fashioned science-fiction in the tradition of the Golden Age. (NB Includes the three stories from Android Tales)

(Warning! Arnos Hell and Fixing Forcalquier are subject to the Dunning-Kruger effect but I like them. The Brigstowe Dragons books were first published by a small press so somebody else liked them too.) 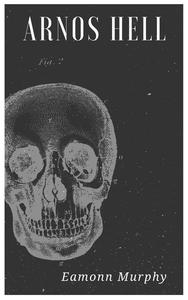 Bob Harding is a health advisor at an NHS helpline in a call centre built on a graveyard. One Halloween night, a disgruntled spectre locks the staff in and announces he’s going to kill them all. To save himself, his colleagues and his girlfriend Bob must overcome his greatest fear. A spooky supernatural tale laced with humour. 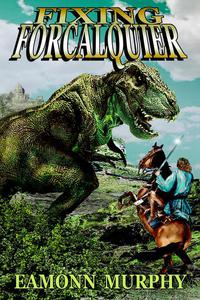 When a Tyrannosaurus Rex from the Jurassic era and an American businessman from the 21st century are magically transported to medieval Provence they threaten to change the past and imperil the future. A celestial entity called the Fixer sends the sorcerer Orph and his wily assistant Orcas to sort things out and put history back on track. Aided by a cobbler’s apprentice and his family they soon get involved with the court of Count Guilham of Forcalquier and his lovely daughter Garsenda. Then they have to deal with the most fearsome predator ever to walk the Earth! A ripping yarn with touches of humour, Fixing Forcalquier is an adventure young adults will enjoy, and older adults, too.